Almost every university student drinks alcohol at some point.  Not everyone enjoys it, but most get on with drinking it anyway.

It doesn’t matter how detached you may be from the rituals and initiations that some clubs and societies put upon their new recruits.  Even some of the stronger spirited (no pun intended!) objectors can be pressured into drinking more than they’d like on occasion.

But there’s no need to get completely bungalowed […if you’ve never seen the fantastic Michael Macintyre, you’re missing out].  Whether you’re a teetotaller, an occasional drinker, or simply in need of slowing down your current excessive intake, take the following tips into account and give your liver (and your shrinking bank balance) a break: 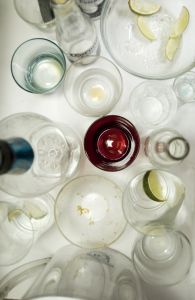