I’m sure by now you’ve noticed those people in life who seem to achieve whatever they like with total ease and confidence.  It’s as if they were born leaders.

What’s so striking about these individuals, however, is their approach to leadership.  A successful leader DOES NOT act like a leader.  Their success can be attributed to an open and friendly approach.

Others feel truly valued and respected, which encourages them to follow.  Leading is not about managing others; instead, leading opens up the possibilities for all involved.

Five common qualities of leaders stand out in particular.  As you’ll see, they look outward to the wants and needs of others, rather than inwardly to their own, private goals.  Yet through this approach, a leader can achieve their private goals with an enviable ease.

With these five qualities, you could be on the way to greater achievement too.  They are:

1. Listen – It’s not true that leaders prefer to speak their mind and baldly tell people what to do.  It’s actually their outstanding listening skills that help them shine.  From being a shoulder to cry on, through to chairing a debate amongst many, the ability to listen properly is a killer tool that we often overlook.

People like to talk about themselves.  Be accommodating and let them talk.  Then be a leader and actually listen to them.

2. Give – Over the years, I’ve heard a lot of people tell me how they hold on to their ideas and suggestions, in case they are useful at a later stage.  They don’t want to lose out by recommending something that advantages another person, yet shows nothing in return.

What they fail to grasp is that making a successful suggestion will earn them respect, it will rarely go unrecognised, and it will show they know what they’re talking about.  In other words, your actions would show the characteristics of a good leader.

It’s unlikely that one of your brief ideas in conversation will result in changing the world.  And so what if it does?  Kudos to the individual who took a rough idea and developed it into something big.  Chances are you’ll be thanked for the initial gem anyway.  And you may be offered the chance to get involved when the frustrating initial work has already been completed.  It’s where leaders help and respect other leaders.

You’ll occasionally meet the odd person who passes any idea off as their own, but they are soon discovered and it’s not worth losing sleep over them.  Forget about it and move on.

Gifts can also be physical products or acts of manual labour.  They all go down well when true thought has been put into the giving.  It’s not about bribery, neither is it about Christmas and Birthday gifts; a leader will identify an opportunity to help someone and they will make the effort to provide.  It can lead to the return of favours, networking opportunities, and appreciation that you go that extra distance.

3. Volunteer – Another form of giving.  When you see someone in a fix and you know how to help, offer your services.  It needn’t be a massive effort.  You can suggest where a person needs to get what they want, or mention a contact who can take things further.  Volunteering, no matter how small, is a strong move.

If you can personally help, don’t hold back.  Even a busy university student has free time and can come to another person’s rescue.  Recognise a place where you can volunteer and you will be heartily rewarded.

The tendency is to think that volunteering is weak and will show you as someone who can be pushed around.  You fear being asked to do more things again and again.  But that’s simply not true.  The weakness is when you are asked first and you feel unable to say no.  If you’ve volunteered to help once or twice in the past and someone asks for your help again, it’s up to you to call the shots.

People rarely take you for granted after you have freely offered to volunteer your time.  If anything, people are less likely to bother you, because you’ve been so kind in volunteering in the past.  It’s a respectable move, not a weak one. 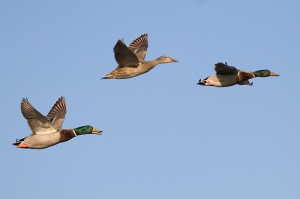 4. Participate – Participation is all about becoming involved as part of the group.  As opposed to managing, handling, or controlling, a leader aims to jump in and enjoy the event whilst getting everyone else enthused at the same time.

It’s like a person who’s the life and soul of the party…they are able to take over because they aren’t taking over.  That sounds like a contradiction, but when you imagine someone controlling a situation, it’s overbearing and pretty annoying.  The popular person is engaging with others and it’s through their actions that they draw the crowds in.  The crowd feel just as involved with the participation, even if they aren’t the centre of attention.

Sure, people may feel jealous of such a popular person, but that’s not negative.  Think of it like being James Bond: “Women want him, men want to BE him.”

5. Ask for opinions – Before a leader can make an inspired decision, they will need to understand how other people feel about a situation.  Once they get a feel for this, their comprehension will improve over time and they will soon be able to make certain decisions without the initial questions.  The leadership will essentially grow out of the knowledge of the bigger picture.

As an outcome, people will see the situation as if a joint decision has been made.  Your leadership has simply quickened the process so you could dispense with the opening discussions.

You can’t read people’s minds, but you have assessed the situation enough to make an accurate guess.  In asking questions and finding out how others feel, a leader becomes more assertive and further strengthens their position without overtly leading.

In closing, a good leader doesn’t just lead.  A good leader follows others.  The secret is not to be the best in the world, but to let a natural flow rush past you.  When you lead, there are still many other people up ahead, probably being led by other individuals.  Maybe you’ll group up and share the wealth between parties.  It’s all there if you want it. 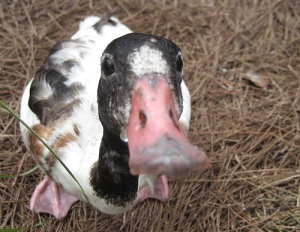