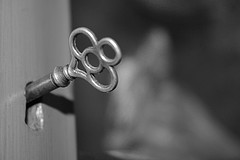 It’s just like in business.  By following certain keys to success, you can greatly improve your lot.  Working toward a degree needn’t be a slog and it should be fun.

While reading various tips to success from top businessmen, it becomes apparent that they are good tips for life in general.  So you can use this same advice toward succeeding in your degree and beyond.  Here are 10 keys to success that are consistently mentioned by those at the top: 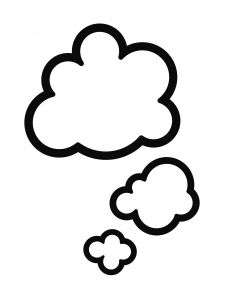 1. Put the work in/Work hard – This is pretty obvious, but we all need reminding from time to time.  You won’t get anywhere if you sit around and wait for everything to magically finish by itself.

2. Do your best, then aim for better – Doing your best is great, but that doesn’t mean there’s no scope for improvement.  When you know what your best looks like, consider what you can improve.  Target areas that were (constructively) criticised by tutors, marked lower than you would have liked, or structured in a way that no longer look as good in your mind.

3. Keep at it (practice makes better…and better…not perfect) – Tiger Woods doesn’t stop practicing his golf.  He may be bloody good, but there’s no such thing as perfect.  One of the secrets of many successful people is not that they were true overnight successes…they actually put in many years of practice before establishing themselves in the public eye.  So the more you work on something, the better you can master the necessary skills.

4. Don’t be complacent – It’s a big mistake to ‘get by’.  Just doing enough might feel like a good balance, but it’s not enough.  I have first-hand experience of this and it was my biggest issue when at school (all those many years ago! 😉 ).  I don’t regret what happened, because I learned not to be complacent again.  Sometimes we just have to learn the hard way before it sinks in!

5. Have the courage to change – There are several human blocks that hurt more than help, yet they are regularly used to make life feel easier.  Crazy.  One of those blocks is the resistance to change.  Routines and comfort zones feel so safe, but they end up getting us nowhere.  Plus, we look around and see more successful people and grumble about that too.  One of the reasons for the success is no doubt down to embracing change.  If something isn’t working, do something else.  When a process can be improved, make the alterations with pride.  How do you get whatever you want?  You adapt until you find a way to get it.

7. Failure doesn’t mean losing – If at first you don’t succeed, try TRY again.  We learn from our mistakes, which are plentiful.  You’re not alone in getting things wrong.  You’re not an idiot.  The most successful of people often fail just as much (or perhaps more) than they succeed.  But they learn lessons, they pick themselves up, and they move on.  Whatever does turn out a success more than makes up for the past failures.

8. Stress out and relax…in equal doses – Full-on stress is clearly a bad thing, but it’s just as bad to chill out non-stop.  To make the most of a project, you must push yourself beyond what you already know.  Learning isn’t always cosy, but that shouldn’t make it less fun.  With some intense focus, there’s no reason why you shouldn’t surprise yourself.  And once that push results in achievement, it’s time to sit back, relax, and enjoy a well-earned break.

9. Be open, be warm, be friendly – Whatever your mode of study, there’s more to be had from it when you consider others and treat them as you would want to be treated yourself.  Even if you’re usually a lone worker, there are still occasions where you need to ask questions or you have to interact with staff.  The more you can engage with them on a friendly level, the more you should get out of them.  A big part of success is getting people on your side.

10. Take some risks – It feels good to play it safe, but it’s pretty exhilarating to take a risk.  Well, that’s as long as you’ve considered the risk and you don’t just blindly go forth into dark and scary lands.  If you’re just reaching out to danger for the thrill and danger, you’re on your own mate!  But sometimes the risk is about either improving your lot a great deal or taking a minor setback that can easily be recovered from.  If the potential advantages outweigh the disadvantages (and it’s not completely outlandish, natch), it might be time to take that risk with a smile and a skip in your step.

There are 2 other keys that don’t particularly rely upon your input, but are worth thinking about: