I’m in a muddle.  On the one hand, I don’t agree that unpaid internships are reasonable.  On the other hand, I’m aware that some graduates get great benefit from time in these roles.  For example, Mario Creatura says that his unpaid internship with the 1994 Group was fantastic and something he would do all over again. 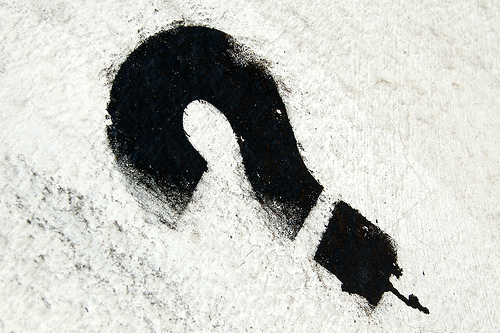 Now the 1994 Group is seeking more graduates for unpaid roles.  These are part-time, typically two days each week, lasting a couple of months.  While Mario would heartily recommend this from his past experience, not everyone is happy.

“Working for free is impossible for the majority of graduates.  We cannot have a situation in which young people are only able to start a career in education through the support of the Bank of Mum and Dad. It goes without saying that it is socially unjust if affluent graduates are first in line for the best career opportunities. But it is also unfair on hard-pressed parents to have to bankroll their kids, and it is bad for the organisations if the best jobs go the richest graduates, rather than the most able.”

I can fully understand why Mario endorses the internship on offer with the 1994 Group.  It sounds like a great opportunity.  He says:

“As a graduate, much maligned by the state and society as a whole, it was refreshing and downright encouraging to be finally working in an organisation that truly valued your work. We weren’t there to make tea and coffee; we were there to learn and work as if we were professionals within the sector. To learn from respected officers, attend prestigious conferences, assist research on influential policy and write speeches to mass audiences was to help with the essential day-to-day running of an organisation that prides itself on working for the student experience; high quality research and world-class teaching.” [Source]

So far, so positive.  I am happy that other former interns on the 1994 Group intake have also come out in praise of the scheme.  On this front, the 1994 Group can be heartily congratulated for offering such a great service to graduates.  There is clearly no issue here.

Nevertheless, I remain uncomfortable as these unpaid roles automatically shut the door for many graduates. Mario’s argument is that so long as you are determined to succeed in life, “then you will find a way, any way, to sustain your skills in a very demanding market”.

I’ve had issues with this simplistic approach before.  Determination and drive are necessary, yet no amount of determination can guarantee ‘a way’.  It’s a good start, but not enough to suggest unpaid internships are therefore acceptable.  Also, some unpaid roles require more than a couple of days a week, leaving no space to take on part-time paid work in the mean time.  Again, kudos to the 1994 Group for giving graduates enough flexibility through their scheme.

One way to bring all companies to satisfactory levels is to create a standardised system for internships.  Newell Hampson-Jones of the British Standards Institution (BSI) told me how this would prove a solid approach for both employers and workers:

“Rather than enforce new regulation, it’s my opinion that mediation and compromise could bring the most positive solution for employers, universities and graduates. In my view, we should invite the stakeholders together to create a standard which will help all parties. With this standard, employers can ensure they get the best graduates by offering the most challenging internships, universities and colleges can ensure their graduates are protected by requiring all companies working with them meet the standard and, most of all, graduates can be assured that they will be treated like a valuable employee and not have their enthusiasm taken advantage of with unfair financial conditions.

“I’ve always found it interesting that, during my previous experience of finding students internships, it has been the smaller, specialist organisations like 1994 Group who have provided the most challenging and useful internships, whilst the large glamorous brands have, by and large, just used the system for recruiting admin assistants and tea caddies; expecting students to be grateful just to have the brand on their CV. Hopefully a standard like this can discontinue this practice and give graduates an opportunity to hold those employers who take advantage of them to account.”

A big problem emerging is the increased popularity of unpaid roles.  Many of these roles are legally obliged to pay at least minimum wage, but challenges aren’t exactly forthcoming, hence the continued practice in offering structured roles without a wage.

Perhaps the idea of standardising internships would sort the muddle.  Done right, the process would even give graduates better scope to explain the benefits of their role for CV purposes.

There is currently no satisfactory answer.  I don’t expect my muddle to go away any time soon.

Would you take up an unpaid internship?  What do you think of the situation?