Some concepts are so huge that they can end up meaning little in isolation. Terms like ‘the student’ and ‘the university’ are a good example. That’s why we’re unlikely to see these terms disappear.

But might we see them in a very different light as time goes on? How definitions change is up to all of us. What do you see going beyond the university?

If you’re stuck for ideas, check out what Richard Hall has to say about moving beyond the university. Take a look at Ronald Barnett’s book, “Being A University“. Read the Times Higher Education piece on a cooperative university in Spain. There’s plenty to chew over and surely much more to come. 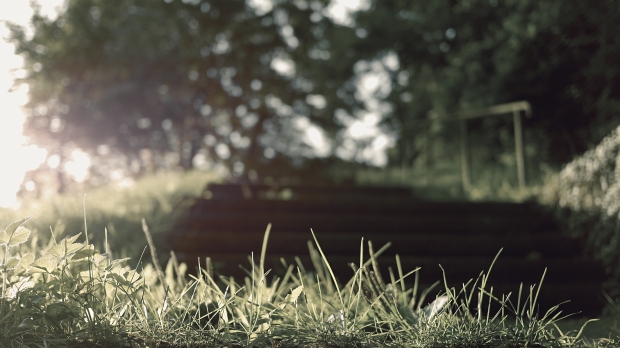 The university as it currently is may not be what everyone wants to keep alive. For some, it emulates the market too much. For others, not enough. Whatever your view, much concern rests in the ability to see universities survive in a meaningful way.

I doubt the idea of the university will simply be replaced with a form of learning and development that is not at all based in higher education. But don’t rule out drastic alterations on many other levels, especially if limited views are applied to complex matters. We’re still in danger that use of the term ‘university’ could be relaxed.

This comes at a time when market terms and analogies are being thrust upon higher education. And when reality proves rather different to what was initially envisaged, the sector continues to undergo tweaking. Just consider the clearing and adjustment process over the last couple of years, as well as moves such as Birmingham’s choice to award unconditional offers to 1,000 applicants.

Despite increasing marketisation of HE, how much of a market is there? Some desire it more than others. If we continue to head in this direction, will aspects of marketisation and customer relations become ever more interchangeable? Will students and teachers “dissolve the symbolic power of the University into the actual, existing reality of protest, in order to engage with this process of transformation”? Will we remain in a confusing soup, or is something more definitive around the corner? What will happen?

Students don’t have an easy choice to transfer to another university or get their money back for a disappointing or inappropriate course. Giving students the label ‘consumer’ is not helpful. Jim Dickinson says that students should not be labelled as if they can only be ‘one of two types’. Learner or consumer? Why not both? Why not anything else? A consumer is not the opposite of a learner, so why set arguments up as an either/or?

I guess it’s in part because simplifications like this are easy to digest and discuss. But the devil, as ever, is in the detail. Limited views are great for soundbites, less useful for policy.

Distinctions are required otherwise the ‘student’ is erroneously deemed two-dimensional. Speaking of which, how distinct is a university?

Maxxim Consulting refers to four ‘distinct groups’ of HEIs with a little overlap and many differences. To apply a blanket market treatment to them is, therefore, unhelpful. The question is, can institutions enhance themselves and develop enough in distinctive attributes under current frameworks? Anything is possible to an extent, but that doesn’t mean they can do ‘enough’. That’s the key word in my view. Slightly different isn’t distinctive enough. Neither is it necessarily there for the benefit of the students they serve.

The final paragraph of the Maxxim Consulting report makes an interesting point:

“The student leadership also has a key part to play as the all-important ‘voice of the consumer’.”

Back to that word ‘consumer’. It wasn’t going to take long for the term to crop up again. If universities are struggling to find a distinctive edge, why should the student be allowed?

This is where the market model is assumed to help achieve great things. Yet a report by CFE and Edge Hill University (“The Uses and Impact of HEFCE Funding for Widening Participation“) has this to say:

“The perceived ‘marketisation’ of HE and increased competition between institutions could mitigate against the prioritisation of collaborative activities and/or activities that derive benefits for the wider sector and policy objectives, such as early interventions in schools.” – p.5

Moving beyond the university is anything but simple. For every decision in the name of strident consumer action and market forces, there are implications behind the scenes that can contradict all the good intentions. That’s if you assume all intentions to be good. And thus starts yet another debate.

Though it is hard to frame a simple definition to the term ‘university’, this must be attempted before anyone can move beyond it. Stefan Collini tackled this in his book, “What Are Universities For?”

Markets require an element of understanding or appreciation by consumers (whoever they are in each case) in order to allow the market to continue operating. Without a market, there is no market, naturally. With this in mind, Collini makes a good point regarding the wider concept of the university:

“Part of the problem may be that while universities are spectacularly good at producing new forms of understanding, they are not always very good at explaining what they are doing when they do this.” – p.89

In addition, Collini does not see a genuine market:

“…the so-called ‘market’ is in practice a rigged framework (benevolently rigged, for the most part) which is periodically adjusted if there is expression of one or another form of discontent with existing provision.” – p.105

There seems no easy way to untangle this. There is no start point or end point. Without a solid presence, it is hard to noticably move beyond anything.

One way to move beyond may be by stealth. Martin McQuillan explains, using Collini’s book once more:

“As [Collini] points out the accelerated growth and complexity of higher education in the UK means that there is no point in its history from the mid-nineteenth century onwards that can be reasonably described as the normal state of things.  He is not in favour of a fixed idea of what a university is but rather recognises the importance of a rainbow sector that is in turn sensitive to the needs of local communities and the nation state that funds it.”

All of this suggests that we, both as individuals and collectives, can work to bring our ideas and ideals of the university closer to a reality. In recognising this ‘rainbow sector’, diversity and distinctiveness should be championed as a way forward to benefit local, national and international viewpoints.

Welcome to the multitude.