I had a quick look at the Higher Education Power List 2016, over at Wonkhe. I soon realised I’d need a longer look, as the list is a different beast to last year’s offering.

27 out of 50 entries are new to the list. More than half. Let that sink in for a second.

Volatility is a big part of HE right now. It’s no wonder the short-term focuses more than long-term plays.

Only seven entries rise in the list, with three in the same place. 13 entries fall, meaning that most people who remain on the list since last year aren’t seen to be as influential as they were.

Richard Brabner says that judging who shapes the sector with their power and influence, “is not a science. It is subjective“. What we can see here is how consistency isn’t currently on higher education’s side. The HE Power List is an example of a lively—perhaps erratic—situation.

Higher education is not shielded from current events and wider politics either. Aaron Porter explains:

“For higher education the politics are significant. Not least because the Higher Education and Research Bill is making its way through Parliament, but also because it provides the crucial context and backdrop for the sector.”

Porter adds, “The world is a very different place, and so is the political composition of the 2016 list”.

Jonathan Simons echoes this. He concludes that, “making predictions as to what will happen over the forthcoming year is a mug’s game”. While David Morris talks of “The strange and sudden unravelling of the ‘Osborne Supremacy’” that has seen George Osborne go from top of the Power List to not in it at all from one year to the next.

And what about the student angle? Smita Jamdar says that “the student-university relationship [has] been pulled in many different legal directions”.

Jamdar explains that while students aren’t new to protest, they are focusing on more targets and looking more widely around the world. When you add social media power and the need for institutions to listen to their ‘consumers’, students are in a position to make things happen.

Student influence is not currently in the direction of paying lower fees (or getting rid of them in favour of another model). Their current influence is in changing the layout, experiences, and atmosphere of student life.

Although students have not made the Power List this year, is it only a matter of time before we see the student collective making an appearance?

The HE sector is being pulled in all directions. Perhaps volatility should top the Power List. Unlike George Osborne, chances are it would stay at the top of the chart the next year too.

University World News has published a fascinating debate, asking if too much emphasis is being put on world-class universities to the detriment of issues like widening participation.

Should all universities strive to top league tables and aim to be the best of the best? 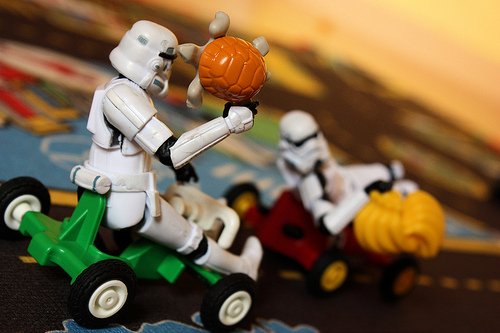 “Governments and universities must stop obsessing about global rankings and the top 1% of the world’s 15,000 institutions. Instead of simply rewarding the achievements of elites and flagship institutions, policy needs to focus on the quality of the system-as-a-whole.” [Source]

Another piece, by Parra, Bozo & Inciarte, considers universities in developing countries. But in some ways, it may be worth considering the following in terms of UK institutions too:

“…there cannot be a single model for universities. Rather, different models of universities or other higher education institutions that respond to diverse needs and are substantially different in quality, status and content need to coexist.

“Some universities will reflect the top research centre model; others, the training or professionalising model; and there will be universities that focus their performance on social needs such as community engagement, social service, the micro-economy and social mobility.”

Difficulties arise for widening participation when different levels of higher learning develop, so nothing is simple. Making certain institutions more appealing to disadvantaged young people, for instance, somewhat misses the point. Yet it’s also crucial to consider a diverse range of individual needs and pathways.

It’s easy to say that Oxbridge isn’t necessarily for everyone. But how easy is it to say that the lowest ranked university in the country might be best suited to a top-grade student?

I bet the second statement doesn’t fit so comfortably. My question is, should that be the case?

Success has many faces and comes from many places. As Doug Belshaw argues, “You can strive to be élite (as an individual, organisation or country) without being élitist”. Therefore, in the right circumstances, world-class achievement can arise from a humble position.

Next time you hear someone make a basic comparison or simply state that one thing is better than another, remember that the remarks can only be subjective. Even considerable attempts to back up what’s being said won’t usually result in unarguable fact.

Higher education encompasses so much that institutions can struggle to shine in their many roles and competitive situations. That is why different models of engagement should be welcomed, “otherwise focus is increasingly replaced by dilution“.

Could a world-class graduate emerge from a low-ranking university? I say it’s just as likely as finding a mediocre graduate from a world-class institution.