When I first went to uni, it was wonderful and horrible.

I didn’t know what to expect, but I was ready to meet new people as I’ve long been open to change and embracing new experiences.

That bit was easy. The same day that I arrived, I just went out and got to know who was around so far. Although arrival was staggered over several days and I was in one of the first cohorts, I was happy to go looking for others before waiting for housemates to move in.

That may sound great. But I soon found that the first people I met were interested in things that weren’t really for me. In some cases it was just discussion about subjects I didn’t follow. In other cases there were less savoury issues involved.

I remember sitting in my room at night and wondering if I’d made a huge mistake. Was I destined to not fit in? How could I make friends if nobody shared my interests? Had I chosen the wrong university? Was university of any kind a bad decision? 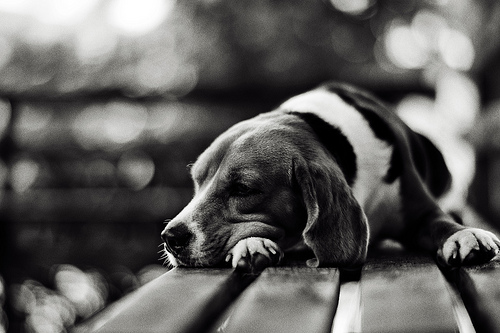 Yet all this is standard stuff. Heightened awareness of novel experiences makes us question everything.

It wasn’t like I was having a bad time or that these were horrible people. Far from it. But I was projecting my first moments in a new place onto the next three years of my life, as if it couldn’t get any better than this.

You may recognise this yourself. And when you start questioning things like this, it brings on homesickness.

The doubt may last no longer than a few hours or it can stretch on for ages. Most issues tend to fade away within the first month, but it’s nothing to be ashamed of if it takes longer to settle in. It’s also fine to get the occasional pang throughout your time at uni. Wobbles happen from time to time.

The great thing about university is how you’re not restricted to people in your accommodation, you’re not limited to those in your class, you’re not stopped from socialising outside any particular group. Arrangements are open and flexible.

That’s why so much advice to freshers targets your ability to get a taste of as much as you can as a student.

Sample what’s going on around you and you’ll find a wealth of different people, including those you wish you’d met sooner and those you didn’t even know would be such awesome mates.

It didn’t take me long to realise that there were plenty fantastic people around. When all my housemates had moved in, they were lovely people too. I felt at home with them and I found other houses where I was made to feel welcomed.

Every now and then I’d recall how lost I felt, sat in my room at night, wondering how I was going to cope. I’d soon smile in thankfulness and ask myself why I was ever worried about it.

Over the years, I’ve heard countless students explain how out of their depth and homesick they felt. Luckily, most go on to find so much love in their new surroundings that they start to call it home.

From homesick to new home. It just takes time.

Unless you’re ludicrously lucky, you won’t find your best uni friends in the very first week. Maybe not even in the first year.

No matter. There’s so much more to your new student life. And that doesn’t mean you won’t make loads of awesome friends along the way.

Perhaps this all boils down to change. And perhaps we’re more comfortable with change than we think.

Instead of feeling unhappy when change knocks on our door, I wonder if the bigger issue is our worry that the change we find is a change that we’re lumbered with forever more. The change itself isn’t a problem, but sticking with a rubbish change is a disaster.

Fortunately, life isn’t like that. Change happens all the time.

What you start out with at uni isn’t what you end up with. If you start university aged 18 and you do a three year degree, those three years make up one sixth of the life you’ve already lived. A sixth! Just think how different you were at 15 years old, at 12, at 9…You’re always changing.

The worst thing you can do is resign yourself to a bad experience. Don’t let a negative mindset put you off from looking for brilliant things.

That negative mindset is what can turn a wobble into a collapse if you’re not careful. It gnaws away at you, convincing you that everyone else is having a great time while you’re left in the corner on your own.

Don’t fall into the negativity trap. All but the most confident individuals have times when they question what they’re doing.

When you find yourself questioning your circumstances, be assured that you can make changes again. You’re not stuck with the same problems for the rest of time.

Your heightened awareness doesn’t want to explain that, but your calm patience can.