Recent research has suggested that an overwhelming number of people think they can get all the information they need on the basis of a Google search.  The majority believe there is no need to probe further.  Now imagine, if 98% of people got by on a web search for their data, think how much better you could achieve if you worked in the other 2%, looking further than Google.

Even if you did one extra thing to boost your research, you’d be well on the way to producing a work with a more rounded research base and a quality bibliography.  You don’t even need to step away from the computer if you don’t want.  Many academic libraries subscribe to hundreds (if not thousands) of specialised journals and you should be just a couple of clicks away.  Your library website and departmental webpages should help you find the treasure.  If not, ask a librarian.  It’s what they’re there for!

Maybe a lot of students think the web search really will provide all the details they need to get on with their work.  Or maybe they think it’s enough to get by and believe any extra work would take too long and wouldn’t produce enough extra credit.  Either way, a lot of you are missing out.  And it doesn’t take a lot of extra time to get a much greater return.

It’s more about walking a couple more yards than it is going the extra mile.  There’s no excuse to scrimp on effort, because it doesn’t take a lot to bring everything into play.  Unfortunately, when you start with the bare minimum of work, you’re likely to build a false belief that any extra work will bog you down completely.  It only takes a couple of goes at sourcing more information to find that the reward for a few minutes extra work can be worth a bomb.  So get to it!

If you want more help on how to take your research further with ease, I have 16 ways to help you with your research in the archives.

And if you’re really interested ( or need help sleeping… 😉 ), you can read more of my thoughts on Google versus libraries if you want. 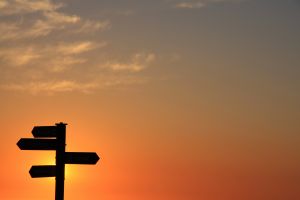 I was an early adapter to the Internet.  I was dialling up to Bulletin Boards and sending off for underground magazines on floppy disc before the internet as we know it was around.  And in the infancy of ‘the Web’, when it meant little more than something spiders created, I was telling everyone at school how amazing the Internet was.  You could chat to people around the world, find information on your favourite band, get detailed information to help with homework, look up the most amazing jokes, and a million other things!

None of my friends really cared at the time.  But in a flash, the Internet was THE big thing.  Fast forward to today and now it’s simply the norm.  We take it for granted, despite its relative newness.

As we have speedily adapted to this new way of life, has the internet replaced more traditional sources in terms of ease and accuracy?  The 5th June edition of Times Higher Education discussed ‘the Google generation’, wondering if we have become too dependent (and Google-eyed) on the online search beast.  Has the ease of finding information led to less critical thought and innovation, at a time when you’d rather expect the free flow of data to open up new possibilities?

I recently found a fantastic article from the site Publishing 2.0:

What newspapers still don’t understand about the web

After reading, I thought it’s no wonder most of us use Google as the first (and often only) port of call for information.

And in terms of academic research, going as far as Google Scholar (still Google!) and Wikipedia isn’t exactly breaking out into a secret world of exclusive information.

Google clearly does have a huge scope.  You’d be mad not to use it.  I do so frequently on a daily basis.

The problem is when we rely almost solely on just one resource.

END_OF_DOCUMENT_TOKEN_TO_BE_REPLACED

In today’s Times.  Authors are unhappy that student’s are taking up all the reading rooms in the British Library.  Here’s Tristram Hunt’s take on the matter:

The historian Tristram Hunt said that it was a scandal that it was impossible to get a seat after 11am when students were there. Many people travelling from outside London complain that they cannot get to the buidling any earlier. “Students come in to revise rather than to use the books,” he said. “It’s a ‘groovy place’ to meet for a frappuccino. It’s noisy and it’s undermining both the British Library’s function, as books take longer to get, and the scholarly atmosphere.”

He suggested that passes should be restricted to third-year undergraduates working on dissertations.

Should students be allowed free access to the British Library, or does it need controlling?