I live in a small pocket of space where mobile coverage doesn’t happen. Step outside and you’ve got excellent reception. So unless I’m happy to leave my home EVERY time I need to make a call, I need to rely on wifi and use apps like Skype and Whatsapp. 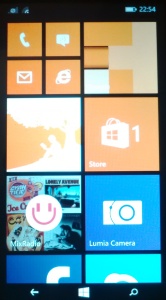 Still, the peeps at Three asked if I’d like to take a Nokia Lumia 530 for a whirl to demonstrate one of their rolling monthly contracts. A rolling contract is a an option that fits between pay-as-you-go and a lengthy contract. It means you pay monthly, but you’re not tied in. The payments continue only for as long as you choose stick with it.

Full disclosure, I’m told I can keep the phone. And while I don’t plan on changing my current phone any time soon, I’ve enjoyed testing a Windows phone for the first time and trying out my first Nokia in a long time.

I used to get nothing but Nokia for years. Every upgrade…make it a Nokia.

And then I went all Blackberry on the place. Don’t laugh. What can I say, I still love the keyboard thing!

So that’s where I’ll start on the Nokia phone…Virtual keyboard. I’ve used on-screen keyboards on tablets, but not on smaller screens before. Thankfully, the Lumia one is pretty good, and the predictions on screen mean I tap even less to get the words out. In other words, writing messages and texting is pretty easy.

Here are some more of my thoughts, in no particular order:

Photo taken while on my travels with the Nokia Lumia 530

Another photo I took with the Nokia phone

The Nokia Lumia 530 has lots of functionality for a casual user. If you’re not worried about having an all-singing, all-dancing smartphone with access to every app and the fastest processor, this will do more than enough. And, of course, you get the calls and texts from the rolling contract…If you’re already happy with the phone you’ve got, it can be a good option and you don’t have to panic about another year or two of compulsory payments. If you need to downgrade to a cheaper tariff, or switch to pay-as-you-go, there’s nothing stopping you.

This won’t replace my work phone, but it’s fun. When I’m out and about on social visits, I’d prefer to have this phone to hand, if only so I can take better photos. The software is easy to use, full of features, and takes pictures quickly in high and low light.

But now, if you don’t mind, I’m heading outside so I can actually make a call…! 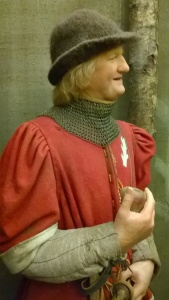 A waxwork at Warwick Castle that looks strangely like David Willetts…