Over the past two years, my family has faced many ups and downs. The first major shock to us was when our dear friend, Toni, passed away. She regularly made me banana loaf on a whim just because she knew I liked it. She would pass on books she thought we’d enjoy…slipping a tenner inside as a bookmark to thank us for giving her the occasional lift. Her kindness went on and on. I still miss Toni every day. 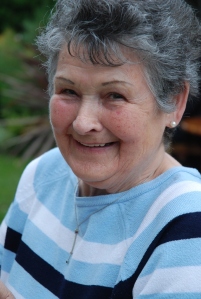 Not long after, my wife suffered two miscarriages and subsequent complications that were traumatic and affecting.

Fortunately, we stayed strong and we now have a very happy three month old with us. Yay! This single up amongst all the downs makes life feel sparkly. Especially when he gives me a beaming smile. Thanks, Linden! 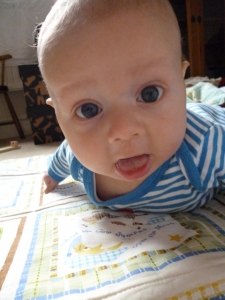 Despite the various difficulties, we battled on. You may have noticed some gaps now and then on TheUniversityBlog and the other social spaces I use. It was the best thing to do. I could have found the time, but our choices are complicated beasts that require more than a casual thought. It is important to consider perspective, context, and how it impacts upon yourself and others.

I do miss the ride while I’m away, though. Behind the scenes, I’m thankful to those of you who supported me when times were tough. You know who you are. I don’t often make a fuss about these things in public, but many DMs and private conversations were shared. I appreciate hugely everything that you offered in help, even when it was just listening to what was happening.

And it is never *just* listening. The act of truly listening to another person should never be taken for granted. I am deeply thankful, however small you feel your contribution was. Your actions have been a big deal for me.

Three weeks after my son’s birth, I received a surprise through the post. My family was given notice on the rental property we had only just moved to. The rental agreement had a get-out which gave us no choice but to move again, with a newborn baby in the mix.

Sad as we were, we had to nip things in the bud and find somewhere new.

We imagined it would be simple enough…

A very (very) long story cut short, we faced one complication after another and feared that we might be homeless. No matter what we tried, something wanted to go wrong. From agreeing a place only to get brushed off at the last minute, to finding minor problems with insurance that put everyone in a major stalemate position. The number and consistency of problems that arose was exhausting as much as it was terrifying.

In the end, we only secured a property in the late afternoon one Monday, when we were due out of the old property on the Wednesday. It was *that* close. After weeks of hell, we managed to keep a roof over our heads at the last minute. I can’t stress how amazing our new landlord was in making sure everything would work out. Above and beyond.

Now we’ve moved–and now I’ve got an Internet connection again…well, an intermittent one anyway–it’s great to head back online. As for offline, I look forward to meeting up with loads of you again. I’ve missed a lot of your faces in recent months!

This post isn’t so much a ‘sorry I’ve been away’ piece. It’s more a way to get things off my chest. Thanks for listening. Again. 🙂

And in true #loveHE style, I’m so excited to get back in the swing of things that the first task on my to-do list after writing this post is to devour not one, but two new important higher education policy books:

If that doesn’t propel me back into thinking about all things HE-related, then all hope is lost.

I’m confident it’ll work though…I mean, there probably aren’t many of us who think stuff like, “I CAN’T WAIT to read that book on HE policy”.

But I’m not completely alone in thinking that type of thing, am I?