With votes of no confidence flying around and private ventures getting serious amounts of flack, the world of academia has been pretty animated this week. 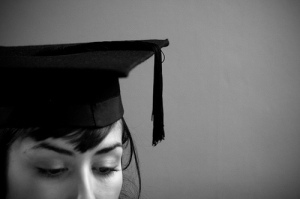 But rather than weigh into a debate that’s being flogged to death, I want to ask one big question:

Essentially, how can anyone create a bold, innovative plan to take higher education forward in new ways unless economic constraints are lifted?

I ask this because money has become such a focus in recent years that it’s currently impossible to remove the link between HE and funding. Everything requires money, so where will it come from?

Increasingly, the answer seems to be ‘from the student’, although the truth goes much deeper and is much more complicated.

Indeed, the truth isn’t possible to tell right now. Making sense of it all will probably still be tough even when the long awaited government White Paper on the future of HE is published.

Whatever happens, new models of teaching and learning will likely be hard to find with much HE funding moving in the direction of the student.

Subject to so much criticism this week, New College for the Humanities (NCH) is not particularly different to other models already on offer. However, the price tag and celebrity catch has made it easy fodder for debating.

We are facing up to at least one aspect of the future. NCH’s yearly tuition fee of £18k is going to upset many, no matter what is on offer and how it presents itself.

Despite the controversy, however, this is just the beginning of a long for-profit march. London Met’s Malcolm Gillies says that a “fundamentally different economy [is] emerging in higher education”.

Even so, take away the question of private ventures and the university system is still set for a ride into the unknown. Can the current state of affairs in HE be used in alternative ways that continue to allow freedom of enquiry as well as a platform for students to achieve the many things they want, including (but certainly not limited to) future career prospects?

The more I consider this, the more I feel something will eventually give. My hope is that the necessary change will prove positive in the main.

The one thing few seem to be wishing for is that everything stays precisely the same as it currently is. And yet the HE community get constantly ribbed for resisting any type of change!

Perhaps too many things will change at once. When you alter too much at the same time:

The marketisation of HE takes us into new territory, but one which doesn’t look like it can easily support genuine innovation in terms of delivery and concept. Perhaps perversely, for-profit players may be best placed to find different successes by fluke, but it’s still a long shot and will continue to be strewn with controversy. The only accurate thing to say at this point is that it’s anyone’s game.

Not that it is a game, or feels like one, of course!

With students touted as being at the heart of HE, does their growing role as ‘consumer’ bring hope or horror to the sector?

The answer to that question depends on who you ask, as I’m sure you’ve long worked out.

My next post will look at the dangers of relying too much on a ‘student as consumer’ focus.