Insecurity can hit even the most confident person when they least expect it.  It’s more common than you probably think. 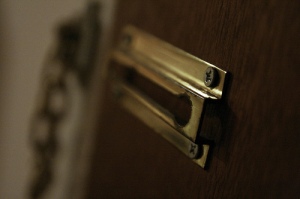 After I left a comment at the great business and branding blog, Conversation Agent, the author replied with something that covers all walks of life.

“Insecure people think that they can have more power when they stab others in the back. No room for empathy there and nothing you can do to help them see that they, in effect, shoot themselves in the foot. As humans we’re all connected. It all comes back.”

Valeria makes a great point.  I hadn’t considered it like this before, but I’ve noticed behaviour of this kind time and again.

So often, wonderful people change dramatically as a personal issue or setback tips them into insecurity.  Like a switch going off in their head, an accepting and caring personality is suddenly replaced by a cynical, less forgiving one.

I’m sure this is mainly down to a defence mechanism kicking in that becomes more attacking over time.  And it doesn’t take long.

This type of sudden insecurity, different to a general lack of confidence, is not easily fixed.  Since it takes a specific event to trigger this alternative behaviour, deeper problems will likely shield that person from general help.

Such a damaging change in a person causes equally damaging changes to other people’s opinions of that person.  Friendships break down and new problems arise.  It only takes one event to start a chain of reaction that’s far reaching.  Such upheaval can impact upon far more people than it directly occurred to in the first place.

I can’t help but feel sad for the person who’s been damaged.  They may cause numerous others (including previously good friends) great pain and anguish, but at a time when they need greater security and love, they force loved ones away.

As Valeria says, you can’t stop them “shoot themselves in the foot”.  And so the vicious cycle continues.  Such a tragedy.

What are your thoughts on this?