This week, the National Union of Students (NUS) is holding several Zones Conferences in Manchester.  Today is the second day of the HE Zone Conference (wish I was there!) and David Willetts, the Shadow Secretary of State for Universities and Skills, has just spoken.

David Willetts: “the student experience should be at the heart of discussions about fees” #nuszones

On one hand, this seems like a wonderful thing to hear.  However, we should be cautious before heartily agreeing.

Now, I haven’t heard the whole speech and I hope the NUS delegates attending are able to grill Willetts and take on board the entire picture that he’s given.  But from the brief sentence above, here’s my take…

As I see it, at the heart of discussions about fees should be whether or not fees are the best way of funding HE.

Everything else is secondary.  If we go down the route of using anything like the student experience as a way of discussing fees, we’re led down a path of accepting fees as the best way of dealing with HE funding.  Dangerous territory when students are putting in so much effort to bring the question of HE funding to the attention of everyone (Town Takeovers being one such campaign). 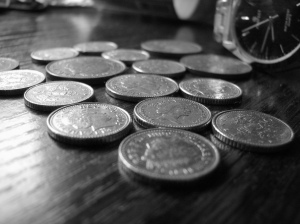 This is just the way I see it after reading the single Tweet from the HE Zone Conference, but I’d hate to see the waters clouded at such an important time.

If David Willetts’ address to the conference has been recorded, I look forward to hearing it in full.

I’m pleased to see that those attending the HE Zone Conference are looking constructively at what they’re listening to.  One of my favourite responses so far over Twitter highlights an important point…you need to hear all angles and arguments to get the best shot at understanding and succeeding yourself:

“pleased HE zone conference invited David Willetts to speak, it is good to hear from someone i dont agree with on many levels #nuszones” – @MichaelaNeild

[Update: The NUS reports on the talk, explaining that Willetts said that “the case has not yet been made for the first £3000 let alone more.”

Willetts said “How would I vote today? I think I would say today, if the vote arose, that the case has not been made. This is not an argument that I believe the universities have won. They haven’t yet properly accounted for the first £3000 they had, so I would say not unless and until you have shown what is in it for students and their parents.”

While not a suggestion that the Conservatives would scrap fees in favour of a different method of funding, at least it’s a positive nod toward the general unhappiness about leaving university with so much debt.  It’s a start!]