Whether it’s a night out, a new module, starting the next academic year, or planning to make a romantic move on someone, we all get anxious about things from time to time. 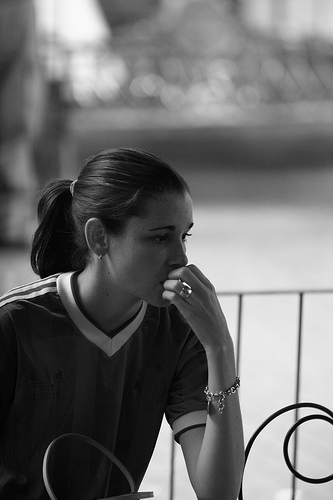 As soon as you begin to worry about possible problems surrounding your actions, anxiety is taking over. When you begin to question things, ask these questions instead:

1. Is it worth worrying about?

Minds like to take a minor problem and explode it into chaos. It doesn’t matter how calm a person is, they are still susceptible.

When you lose control of your own thoughts and the anxiety sets in, think about how important the issue really is. You may be anxious, but are you taking it out of proportion?

2. Have I considered what other people go through?

Another great trick of the mind is how we convince ourselves that our experiences are unique. But most people share similar anxieties. You’re not alone in feeling uncomfortable about doing something for the first time, or coping with a new task. When you realise that, it’s not half as bad to think about.

How do other people manage? Probably in just the same way you will; with a mixture of difficulty, daring and open-mindedness.

3. Am I being too stubborn to accept help?

Many people tell me they like to go it alone for one reason or another. To them, assistance is a sign of failure, or a show of weakness. To me, it’s a valid source of getting to a winning position. I rarely turn down help. I’d need a good reason to not accept it.

What are your real reasons for not wanting the help?

4. Have I considered asking for help at all?

The pressure of something new can result in clamming up. Instead of considering the possibilities, the fear closes the outside world down. Before long, you’re way out of your depth and haven’t even stopped to think that it might just take another pair of hands to get you out of an anxious fix.

5. Am I listening to others too much?

On the flipside of not asking for advice, you’ve got listening to too much of it. Worse still, you may listen to students who want to make a point with a little less than the truth.

Maybe everyone around you says their work is so easy. If you’re finding it difficult, don’t believe what they’re saying. A lot of words are just for effect. It’s the same if they say they did no work and still got good grades. It’s all a show.

Don’t let other people’s words turn into your anxieties…

6. Am I wading through a disorganised mess?

Without proper plans, it’s easy to become overwhelmed with life in general. Get a diary, get a wall planner, start writing lists, work out how long you need on tasks, set your priorities out, do all you can to become organised.

Without clear goals and priorities, you’re basically treating everything with the same importance. Since you’re unlikely to be sitting in your room in silence 24 hours a day, doing nothing whatsoever, a lack of priorities is a step toward disaster. So get planning and watch the anxiety melt away.

Ignore something and it won’t go away. Bury your head in the sand and what do you get? Nothing more than a sandy head.

The longer you put a difficult or uncomfortable task off, the worse you’ll feel about it as time goes on. As a double blow, your list of difficult tasks will only increase in number, leaving you unhappy and under even more pressure.

Eventually you’ll have to complete these tasks anyway, so why let the anxiety build when you can get it out of the way quickly? You may still be anxious about it, but nothing like the amount you’d feel if you left it until the last minute.

8. Can I put myself in someone else’s shoes?

Be someone else! Depending on the situation, you may want to take on some of the personality traits from various people you know:

– a friend who is always confident…pluck up the courage to do what you want;
– a lecturer…give yourself a critical mind, think deeply about your study, and imagine already having in-depth knowledge and a confidence about your subject;
– an artist…get your creative juices flowing if you’re not already doing an arts based subject.
– a scientist…look clinically at the books, poems, films, that you’re studying. See how they stand up to questioning;
– a person who has already succeeded where your anxieties lie…see the after-effects of success. Feel the exhilaration of the event itself. Rejoice at the outcome and see it as all in a day’s work. Now you’ve lived more than the worry, banish that anxiety and lead yourself to where you want to be.

You’ve probably heard the saying ‘Carpe Diem‘, or ‘seize the day’. Look to seize all those opportunities available to you when they present themselves. Anxiety tells you to hold back. Hold back for too long and it could be too late to seize the day.

At the start of each day, it’s great to welcome it with a smile and a knowing nod of the head. “I can do it!” 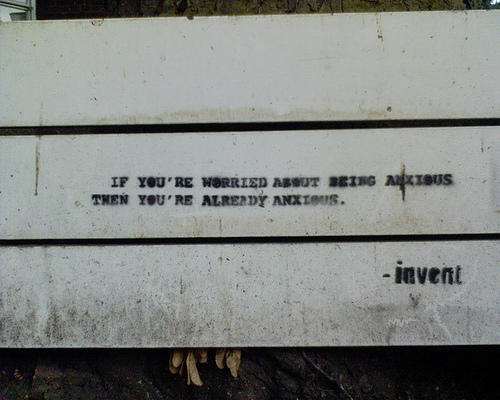